Alpha Waves: The Key to Increasing Creativity and Solving Problems

All of us have experienced the frustration of trying until we’re exhausted without results, only to have the solution occur to us in the shower, on a walk or in a dream. Steve Wozniak, co-founder of Apple, reveals that his best insights have occurred after a couple of beers or right before falling asleep. Albert Einstein said, “Creativity is the residue of time wasted.”

Henk J. Haarmann, PhD, researches divergent thinking, the ability to flexibly generate multiple useful alternative solutions to a problem. “These solutions,” explains Haarman, “include both common and uncommon solutions that require overcoming biases and connecting the dots in novel ways.”

Haarman’s research at the University of Maryland Center for Advanced Study of Language investigates the link between divergent thinking and the brain’s alpha waves. He has found that students who showed higher alpha activity in between solution attempts were more successful at problem solving.

“This wave type has been used as a universal sign of relaxation during meditation and other types of rest,” comments Professor Øyvind Ellingsen, who studies the effect of alpha waves at the Norwegian University of Science and Technology. “The amount of alpha waves increases when the brain relaxes from intentional, goal-oriented tasks. This is a sign of deep relaxation, — but it does not mean that the mind is void. This default activity of the brain is often underestimated. It probably represents a kind of mental processing that connects various experiences and emotional residues, puts them into perspective.”

Joydeep Bhattacharaya, a psychologist studying attention and creative problem-solving at Goldsmiths, University of London, says “behavioral research indicates four salient features of insightful problem solving: (i) mental impasse, followed by (ii) restructuring of the problem representation, which leads to (iii) a deeper understanding of the problem, and finally culminates in (iv) an “Aha!” feeling of suddenness and obviousness of the solution. However, until now no efforts have been made to investigate the neural mechanisms of these constituent features of insight.”

Using EEGs to measure brain wave activity, he found increased alpha waves from the right hemisphere of the brain, even before the insight emerged. Alpha brain waves can be the result of a more relaxed receptivity, often when work was interrupted.

The upside of down time has been recognized by 3M which invented a policy (now used by Google and other companies) called Flexible Attention that gives researchers 15% of their time to explore whatever they want as long as they share it with their partners. This policy has increased innovation in both companies.

And it is the reason Steve Jobs said, ‘‘Creativity is just connecting things. When you ask creative people how they did something, they feel a little guilty because they didn’t really do it, they just saw something. It seemed obvious to them after a while. That’s because they were able to connect experiences they’ve had and synthesize new things.” 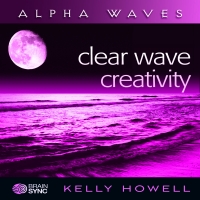