A Meditation for the Spring Equinox

As the month marches on, energies are changing in preparation for one of the most powerful days on the calendar, the Spring Equinox. March 20th is an auspicious day in which our intentions and wishes that were planted and have been germinating within the previous weeks start to burst forth in wild, optimistic color.

If you’ve followed my newsletters and blog, I hope you have gifted yourself the time to take part in my springtime manifestation exercise. This is a continuation of the meditation outlined in my previous post. If you missed that discussion, no worries! You can absolutely still partake in this exercise. Just visit my previous post and start with the instructions there.

We previously discussed selecting three things you want to manifest in the coming year. I suggested that you meditate and deepen your understanding of your desires. Now that we are approaching the Equinox, it’s time to set our intentions in motion.

Barbara Hand Clow, the Mayan elder, Cherokee record keeper, and ceremonial teacher whom I interviewed for my “Theatre of the Mind” podcast a few years ago, discussed a meditation practice that effectively harnesses the powerful energies of our transition from Pisces into Aries – the beginning of the zodiac’s new year.

She instructs that, before embarking on the second, and more powerful, part of this exercise, to be very careful about what you intend to create. Make sure you are prepared to take on the energy of whatever it is you are creating.

Once you have focused on your three intentions for several days, make time on March 20th to go deep into meditation. Then follow these steps:

Do this will each of the three intentions.

Now – forget about them. You have done your work. Your desires have been offered and now it’s time for the universe to do its magic.

Once your intentions have manifested, please share! I’d love to read your story in the comments section below. 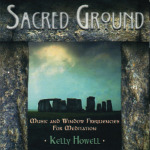 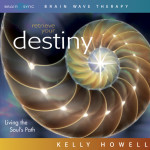 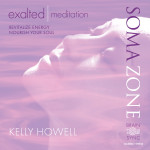