Unexpected Results From Two Studies Show How We Can Be Happy

The happiness of others can transform your mood. In a study that looked at the happiness of nearly 5000 individuals over a period of twenty years, researchers found that when an individual becomes happy, the network effect unfolds beyond their friends.

“Your happiness depends not just on your choices and actions, but also on the choices and actions of people you don’t even know who are one, two and three degrees removed from you,” said Dr. Nicholas A. Christakis, a physician and social scientist at Harvard Medical School and an author of the study.

One person’s happiness triggers a chain reaction that benefits not only their friends, but their friends’ friends, and beyond. The effect lasts for up to one year, according to the study.

His co-author, James H. Fowler, an associate professor of political science at University of California, San Diego,  said their research revealed that “if your friend’s friend’s friend becomes happy, that has a bigger impact on you being happy than putting an extra $5,000 in your pocket.”

The researchers analyzed information on the happiness of 4,739 people and their connections with several thousand others — spouses, relatives, close friends, neighbors and co-workers — for 20 years.

The Dynamic Spread of Happiness In a Large Social Network

The secret of happiness may be giving to others: giving other people money can lead to increased well-being for the giver. That’s the insight of a study by a Harvard Business School professor and two colleagues. Their article Spending Money on Others Promotes Happiness, suggests that “Intentional activities—practices in which people actively and fully choose to engage—may represent a promising route to lasting happiness.”

Norton and colleagues found these results to hold in three different studies: a nationally representative survey, a field study of windfall spending, and an exploration in which participants were randomly assigned to spend money on others rather than themselves.

“One of the most puzzling paradoxes in social science is that though people spend so much of their time trying to make more money, having more money doesn’t seem to make them that much happier,” said Norton. “We conducted a number of studiesin which we showed that money can buy happiness, when people spend that money prosocially on others (giving gifts to friends, donating to charities) rather than on themselves (buying flat-screen televisions).”

Spending Money on Others Promotes Happiness 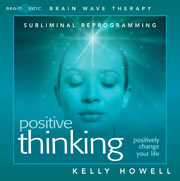